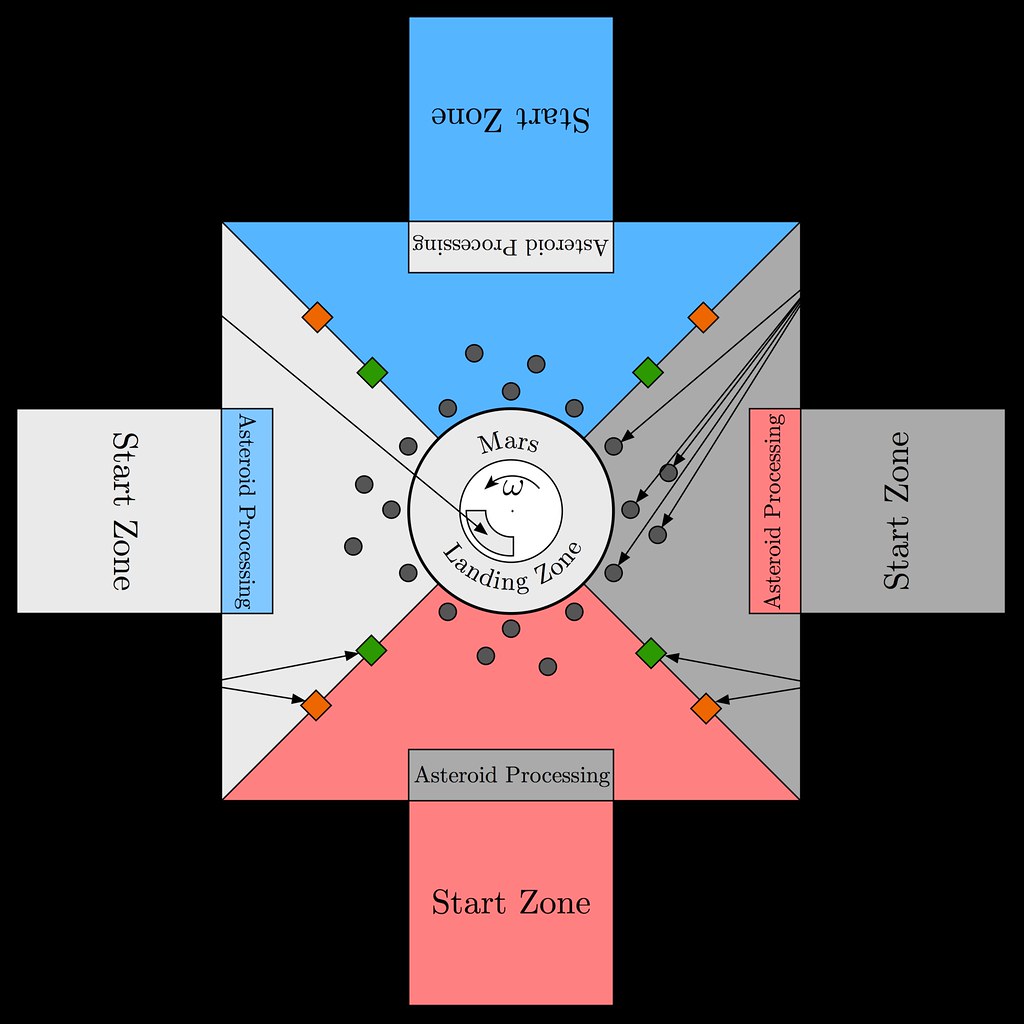 Humans have long looked to Mars as the place our species will first expand beyond Earth. After several failed attempts by the Soviet Union in the early 1970s, NASA has led the exploration of Mars, beginning with the first successful landing on Mars by Viking 1 in 1976. More recently, a series of rovers, Spirit, Opportunity, and Curiosity, have completed successful exploratory missions. The latter two are still in operation. The next major exploration planned is the Mars 2020 mission, currently under development for launch in 2020. SpaceX and Elon Musk have an even more ambitious goal, to start sending private spacecraft and then human explorers to Mars beginning in 2018. However, getting to Mars is hard. Luckily, MCHE 201 students can help.

On April 11th, beginning at 4:45pm, the Misson to Mars contest will be held in Blackham Coliseum. There will be two events. Prior to the two events, Dr. Vaughan will give a short presentation introducing the contest.


From 5 — 6pm, a panel of judges will perform a design review of each machine. The teams must describe their machines quickly and clearly to the judges that visit, who will evaluate each team on aesthetics, ingenuity, and presentation.


Following the design review, the student robots will compete in a head-to-head competition on the representation of the the Solar System shown in Figure 1. The robots have thirty seconds to Transport Astronauts to the Mars Base, Plant a flag in the Mars Landing Zone, Avoid and/or Mine Asteroids, Collect Pre-launched Fuel, and Safely Return to Earth.

The student robots can earn, or lose, points based on their robot's performance in each category of the Mission to Mars contest. The details of each is listed below.

Avoid and/or Mine Asteroids: In each zone, there are five asteroids (foil-wrapped table tennis balls). For each asteroid that remains in the team's zone at the end of the round, the team will be penalized 5 points. However, for each collected and placed completely in the team's Asteroid Processing zone, the team will earn 5 points.

Collect Pre-launched Fuel: There are two pieces of pre-launched fuel (plastic toy blocks) located at the edges between the team zones. For each of these collected completely into the team's zone, the team will earn 10 points.

For more information, see the full set of competition rules on the class website. You can also have a look at the hard work the students have put in already in the class flickr album.

SparkFun Electronics was kind enough to give a substantial discount on the robot kits used in this class. We are grateful for their support. Additionally, a kit of additional mechatronic components is issued to each team. These kits were purchased via funding provided by a University of Louisiana at Lafayette Course and Curriculum Design Grant and a University of Louisiana at Lafayette STEP Award.